Cordyceps’s Sinensis is the living creature and the compound of the genus of fungus.  The fungus attacks the larva of specifical insects.This fungus grows on the larva of insects. The larva converted by the fungus to a sclerotium. The fruiting body of Cordyceps’s Sinensis grows from sclerotium. You can call Cordyceps as half mushroom, half caterpillar.

The evolution cycle for Cordyceps takes two years. Cordyceps grows and evolves in the high mountain regions. There are more than 350 Cordyceps related species found on the Earth. 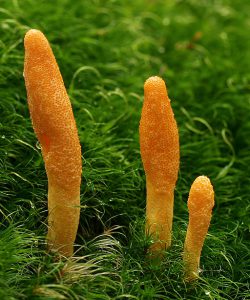 Chinese people call him the gift of God. I believe them.

The book Ben Cao Bei Yao, written and published in 1694 by Wang Ang, has illustrations of Cordyceps Sinensis.

Previously, the Cordyceps was for the indulgence of Chinese imperators.

Nowadays, the Cordyceps is available for everybody who wants to be well and sound.

My first encounter with Cordyceps was ten years ago. I came to Chicago without knowledge of temperature’s roller coaster. At the daytime,   the temperature was high. On the evening the temperature dropped down and was cold. The difference between temperatures was 30 degrees. I catch a   cold and could not warm up.

I had a bottle from Tianshi company with Cordyceps capsules. I did not want to be sick. I took them, and after couple days I was sound, alive and kicking

You can find natural Cordyceps on the market, but the price will be high. Cordyceps cultivated certificated laboratories, has the same effect.

Cordyceps as a Part of Herbal Medicine

I found many articles where doctors recognize this miracle of Nature.

When I read these indications in the books, I did not wonder why Emperors used Cordyceps exclusively for themselves. They wanted to be healthy and young as long as possible.

The Resource About Cordyceps from NCBI

NCBI is the National Center for Biotechnology Information. NCBI is a branch of the National Institutes of Health. According to Wikipedia, the NCBI accommodate a series of databases. These databases are relevant to biotechnology and are the valuable resource for biomedical tools and services. Below mentioned book Herbal Medicine: Biomolecular and Clinical Aspects is from the database of NCBI.

Cordyceps Is an Herbal Drug Now

The Cordyceps Sinensis takes a respectful place in this book.

There are benefits,  explained in a detailed and comprehensive way.

Cordyceps Has an Antitumor Activity

Tumors, malicious and not, are not welcome. Unfortunately, they show up unexpectedly and spoil or destroy lives for millions of innocent people. In the book Herbal Medicine: Biomedical and Clinical Aspects,  Cordyceps authors demonstrate antitumor effects of Cordyceps Sinensis.

What is interesting that Cordyceps has the antitoxic effect on tumor cells, but it does not affect healthy cells.

Cordyceps Has an Immunomodulating Effect

I think that the immune system is the best defense system in the world. We lead balanced lives, we eat food without chemicals, and our body is thankful. Our immune system can protect us from various intruders.

The research shows that Cordyceps is a  bidirectional modulator. It means that Cordyceps regulates the immune system and helps strengthen her when the invasion occurs such as bacteria or virus attack the body.

The research shows that Cordyceps can be used after transplantation of organs.

What Has Cordyceps to Do with the Gut?

Strange but our gut has strong relationships with the brain. People feel in the gut that something is not right.

The gastrointestinal tract is a critical mechanism which is a part of the body. Lymphoid tissue ( GALT) connects the digestive tract with tonsils and adenoids. There is the place for various cells. The research shows that Cordyceps Sinensis helps regulate intestinal bacteria by improving the immune system.

Cordyceps Has an Antioxidant Activity

Oxidants are bad guys who cause aging and harmful chemical reactions. These small particles attack molecules and bombard them pushing the electron from the orbit. It seems like the video game, but for living beings it brings problems.

Cordyceps has antioxidant activity which helps prevent aging, inflammation,  and other processes in the body.

The fatigue shows us that something is not right with our bodies. Maybe we need rest or have a check-up with a doctor.

In China, Cordyceps is used to gain vitality and restore health. The recovery can hasten with the 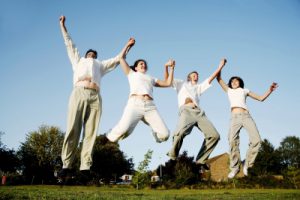 help of Cordyceps. Cordyceps has adaptogenic properties and relieves stress.  I think that it is essential nowadays when most of the human beings are under pressure.

Authors of the book Herbal Medicine: Biomolecular and Clinical Aspects show that the libido and sexual activity improves thanks to Cordyceps.

Cordyceps expands the blood vessels. It helps for erection. More blood comes to the penis; better is the sexual function.

Chinese think that kidneys are the foundation of the body. I agree with them because if plumbing does not work, the mess will be here, right away.

Cordyceps improves renal function. Some researchers state that Cordyceps has a significant role in renal transplantation.

When I studied the book Herbal Medicine: Biomolecular and Clinical Aspects, I smiled widely. I understand why I rid of the dangerous cold years ago. Without Cordyceps, the inflammation of lungs, irritating arthritis,  and more consequences would bother me long time ahead.

I was the lucky one.

Cordyceps has many active parts, such as cordycepin, polysaccharides, and ergosterol. They are responsible for bioactivities which help living beings.

Nucleosides, sterols, free fatty acids,  and carbohydrates, which are in the Cordyceps, play the dominant role maintaining human health.

In the book Herbal Medicine: Molecular and Clinical Aspects authors presented evidence why and how Cordyceps works. Authors provided resources which show that Cordyceps has bioactivities such as immunomodulatory, antitumor, antioxidant, sexual and reproductive function improvement, antifatigue effect. Cordyceps has the protective effect on the liver and kidney.

Previously, Cordyceps Sinensis used in China. Natural Cordyceps is expensive. The demand for the  Cordyceps is high, especially nowadays.

The website WebMD describes Cordyceps as the traditional treatment in Chinese medicine. There is not so much information as from previously mentioned book: Herbal Medicine: Biomolecular and Clinical Aspects. Here presented evidence from various sources show that Cordyceps’s Sinensis is a valuable source maintaining well-being for humans.

Update: Dr. Andrew Weil, M.D. recommends Cordyceps Sinensis as one of the natural products of the energy support. Besides ginseng and arctic root or Rhodiola, he recommends this mushroom for ” the people, debilitated by age, illness, or injury”.