The depression bothers many people in the world. Depressed? Take magnesium. How about drugs? Drugs help people to live meaningful lives. Unfortunately, drugs have side effects. People look for escape in the smoking, alcohol overconsumption, overeating. Magnesium is a simple solution to overcome depression.

What Is Body Metabolism?

The body functions in the right way when it gets all vital nutrients. Vitamins, enzymes, minerals, amino acids participate in various reactions. The body’s metabolism is an activity when food is converted to energy thanks to the biochemical process. Here minerals come to the picture. When the body is deficient in one or more of minerals, it can not function well. Various symptoms occur depending on that kind of mineral is lacking in the body. There are some of  the conditions which occur when magnesium is deficient:

Magnesium is a mineral found in nature. Magnesium participates in biochemical reactions. Magnesium takes part in more as 700 enzyme systems. There are over 68 categories and symptoms where magnesium is deficient.

The serotonin; a neurotransmitter is a brain chemical. Serotonin makes us feel good when it released in the brain. Serotonin is found in the gastrointestinal tract too.  Magnesium participates in serotonin production. When magnesium is deficient, we depressed.

Since World War II, the depression doubled. Some psychiatric drugs used by people are enormous.

Dr. Carolyn Dean M.D., N.D. wrote the book The Magnesium Miracle. In this comprehensive book, Dr.Carolyn Dean explains the reasons why magnesium is of vital importance. Magnesium participates in the regulation of more than 325 enzymes in the body. Magnesium controls the entry and release of calcium to the cell. Magnesium is involved in brain activity, in the muscle and nerves functions. 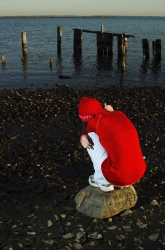 Clinical trials show that magnesium deficiency can trigger anxiety and depression. People can have symptoms such as apathy, confusion, nervousness, dizziness, impaired breathing, rapid pulse, chest pain, palpitations, and more of them.

According to Carolyn Dean M.D, N.D, the study in the Archives of General Psychiatry pointed out that the depression doubled in women from 1970 to 1992. The usage of psychiatric drugs become high.

Avoid food additives, artificial sweeteners, sugar, and wheat. Eat a whole-foods diet-organic, if possible and avoid processed and junk food. Also read The Yeast Connection and Women’s Health (Crook and Dean,2005) and IBS for Dummies (Dean and Wheeler, 2005) since both yeast and IBS are associated with anxiety and depression. Understanding and treating these conditions under the supervision of a knowledgeable practitioner can enhance the use of following supplements.

B complex: 50-100 mg per day ( derived in whole or in part from natural food sources)

5-hydroxytryptamine [5-HTP]: 50-100 mg half an hour before meals, three times a day (this is an amino acid that crosses the blood-brain barrier and is naturally converted into serotonin; it has the same action as Prozac but no side effects)

Melatonin: 2-3mg one hour before bedtime

5-hydroxytryptamine [5-HTP]:50-200 mg half an hour before bedtime, on an empty stomach

Hops, valerian, and skullcap herbal combinations: one or two 500 mg capsules before bedtime

Magnesium is a vital mineral for us. Without magnesium

,  our bodies can not perform simple tasks such as breathing, moving, or relaxing. The importance of magnesium is enormous and vital. The complexity of magnesium interactions in the body paints a vivid picture. This mineral is the helper who gives the quality of life and fully functioning body for us. It means that if you depressed, take magnesium.