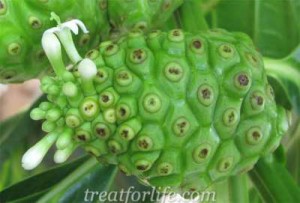 Noni fruit from Hawaii has a  Latin name as Morinda Citrifolia. This precious fruit originated in Southeast Asia. There is a belief, which 2000 years ago, people from French Polynesia brought a Noni plant to the islands of the  South Pacific. It was a friendly food source and item to use for medical purposes. What it is interesting,  that it is written documentation about Noni fruit when Captain James Cook visited Hawaii. He observed that Noni consumed in Tahiti. In Australia, Fiji, Rarotonga, Samoa and Australia people consumed this fruit too as it found in following publications. Besides it, roots and bark of the Noni plant were used to produce yellow or red dye for clothing and tapa cloths.

My favorite Noni plants grow in Kauai, on the Garden Island of Hawaii. There is the organic, self-sustaining farm on the edge Pacific shoreline. There is a home to a bunch of albatross too, who is an excellent addition to this friendly and fruitful business owner Steve Frailey and his family.

About Steve Frailey and Noni Fruit from Hawaii

Steve Frailey left San Diego, California and settled in Hawaii, Kauai, in Garden Island. He has a background in organic agriculture and is fascinated with plants, who are known as healing creatures of Nature. Steve Frailey saw, that at his farm were plenty of Noni plants, growing as they would be escaped from domestication and became wild. This discovery leads to the creation of productive organic farm, where Noni plants deliver fruits all year long, all 12 months instead of usual ten months.

Steve Frailey uses methods of no-till farming. It means that soil is disturbed to the minimum. The structure of the topsoil can keep water longer because there are left some roots from plants, which replaced with new ones. It increases cycling amount of nutrients, organic matter retention and saves soil from corrosion and risk of depleting of valuable metabolites.

You would ask,  why I brag about this particular product and his owner?  The reason is this that before him usage of Noni fruit was not so efficient.Noni fruit from Hawaii and other islands were a perishable one. People in French Polynesia and South Sea Islanders used this fruit raw as it is ripe from the tree. It is perishable and needs to handled as fast as possible. Noni as the fresh fruit is not safe to transport to the continent or freeze for keeping it for longer terms. Steve Frailey learned how to cultivate Noni

and create an unfermented as well as the raw food product by processing below 115 degrees F. “It is fresh food not juice, of the whole fruit offering the full potency of the 165 compounds found in the pulp of Noni,” says Frailey. 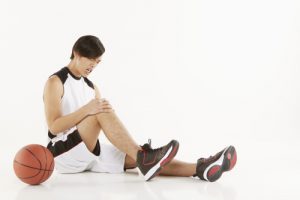 Tired legs. For athletes, who work out two days in the row or do work three or four times a week, it is recommended massaging thin layers of Noni into all parts of legs after working out.

Trauma and minor contusions. Use four times a day Noni for sensitive areas.

Noni warms up skin and muscles during the massage. IcyHeat Lavender Noni Lotion with Menthol and camphor brings heat to applied areas.

There are relevant studies, published in Phytotherapy Research, in the January 2010 issue, (24[1]:38-42), researchers from the University Clinic Hamburg, Germany, found that fruits of Noni “are effective in decreasing pain and joint destruction caused by arthritis.” They state that an alcohol extract of Noni fruit puree caused an “effect [that] was comparable to hydrocortisone.”

The next astonishing study published in Acta Pharmacologica Sinica (23[12]:1127-1141) found that Noni extract did not have side effects but did show anti-inflammatory and analgesic activities.It is so important that it was 75 percent as potent as morphine, and in the same way without side effects, is entirely safe to use.

Studies have shown that Noni is rich in scopoletin. This phytochemical has analgesic properties and ability to control serotonin levels.

What Is the Best Source of Antioxidants?

Okay, I guess at first you would like to know what the heck is oxidants, yes?

As you know from the chemistry,  molecules sustain from atoms. Atoms have electrons which spin around the nucleus. For example, water consists of two hydrogen molecules( H2) and one oxygen molecule(O). When free radicals attack molecules, they push electrons from orbit. It destroys the structure of the molecule. This process calls oxidation, when a molecule loses electrons in the atom, thanks to attacks of free radicals. In this way, we got all types of destruction such as rusting, corrosion, aging, etc. Not so much fun, yes?

Free radicals are active, non-attached molecules. They look to bound to other molecules, attacking them in 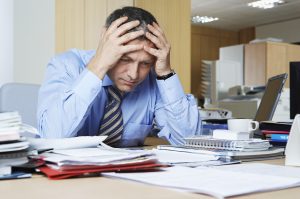 According to scientific research, adding antioxidants to our diet, it helps to prevent aging, improves the immune system, slows oxidative processes. This prevention contributes to increasing bodies resistance against diseases such as cancer, heart problems, skin aging, vision deterioration.

Scientists of National Institutes of Health developed a method ORAC. It is an Oxygen Radical Absorbance Capacity. ORAC value shows how fast food reduces highly reactive oxidizing mix into harmless chemical substances. Those foods, which are best providing utilizing the power of free radicals per 100 grams, have most significant ORAC scores.

Noni fruit leather has highest: 340,000  units compare with apples 3,082, blueberries 2,400 and Noni juice just 1,506 units. To use Noni Fruit Leather is better to compare with Noni juice because the first is highly concentrated and has preserved entire spectrum of phytochemicals, antioxidants.

Besides it, Noni is proven to be a source to increase energy and improve mood. In the Asian Journal of Medical Sciences was written,  that “the results of this investigation provide an in vitro rationale for the traditional uses of noni fruits as a natural remedy for anti-depression and anti-anxiety, as well as improved sense of well-being. This study reports the possible in vitro mechanism responsible for Noni antidepressant and anti-anxiety effects.”

None helps to skin conditions such as psoriasis,  eczema, sunburn, atopic dermatitis. Happy customers write to Hawaiian Health Omaha about their positive experience.

Animals are not left behind too. Noni Bio Bandage helps to treat hot spots on dogs and cats, foot rot. 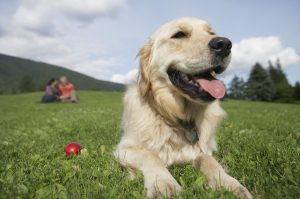 Joint, ligament pain can ease with Noni lotions. None Fruit Leather has immune stimulating and anti-inflammatory abilities, which help to deal with Lyme disease, arthritis, tumors and more.

Noni is the  Universal Helper

Products from Hawaiian  Health Ohana are worth to use. Noni fruit from Hawaii work and they do not have side effects. They are gifts from Nature. If you have problems with skin, unbalanced mood or would like to support immune and cardiovascular systems, Noni

fruit products are ready to be on your side. Noni fruit from Hawaii is a gift from nature.