Results about Spirulina documented in the book The Whole Truth About Spirulina. Users from the entire world sent unrequested feedback about their well-being after using Spirulina supplement. 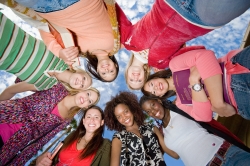 Spirulina Is a Drug or a Food Supplement?

Spirulina is 21-century food. Spirulina is unique because these algae contain high concentrations of nutrients such as amino acids, enzymes, minerals,  and proteins.

People who left the feedback in the book The Whole Truth About Spirulina, expressed their positive thoughts about improved well-being after usage of Spirulina.

I do not want to call Spirulina as the drug because,  in the USA, the FDA does not recognize Spirulina’s healing effect.

I think that authorities such as doctors can decide to which category put Spirulina.

Overall, it is a difference? If people feel better after using these miraculous algae, it is better for everybody. It will be less unhappy people around us. Results of Spirulina are positive.

The Change of Habits

I knew by myself how it ‘s hard to resist a piece of chocolate. I can not limit myself with one. I enjoy a few of them, and after a couple of hours, more of them enlighten my day.

I am not so proud of myself because I know that moderation is the key to the stability of mind and body.

In this book, people changed their habits and saw great results. These results are clear skin, lost weight, regained energy, sparkling eyes. The hunger pain disappeared to these who consumed Spirulina.

The craving for sweets disappeared, suppressed appetite, and vitality returned to happy customers.

Results about Spirulina from Users

Users expressed their personal experience in written letters to manufacturers and distributors.

In the book,  Whole Truth about Spirulina one lady from California states what she experienced after usage of Spirulina:

Arthritis Becomes Easier on the Patient

The user of Spirulina is happy, that symptoms of arthritis are lighter. He had days of “happy enjoyment.” The user took Spirulina for seven weeks. He saw results and is satisfied with the results.

The customer from San Francisco had the diagnosis as “peripheral neuralgia.” The pain and swelling of the left foot bothered, and stomach was in bad shape. A friend introduced Spirulina to him. After a couple of months, the person felt energetic and happy with results. The vision improved, gout gone, and stomach is less sensitive.

The customer from Salem, OR shared experience about the usage of Spirulina. He tried all methods to fight hay fever. This battle took 29 years. Results were temporary, and hay fever returned.

After four months of using Spirulina, the man did not experience nauseating symptoms. Previously,  it was a common thing before Spirulina.

A mother from Boulder Creek, CA, shared her story in the book The Whole Truth about Spirulina. Her boy had a severe skin condition. He could not run outside with other children. His skin always itched and swelled. Doctors told that he was allergic to the sun, grass, to any animals.

The mother used Spirulina by herself. After the positive experience, she gave her son smoothies with Spirulina. Mother and son saw results after two weeks. Mother’s words:

He’s got friends. The texture of his skin has changed. Do I dare use the world, NORMAL? His personality has changed, open-hearted-looks you in the eye- not down! He is so happy, as happy as me, his mother.

There are in the book The Whole Truth About Spirulina plenty of positive testimonies from happy customers. I could not find the brand of Spirulina in this book.  In the USA nobody can make claims that something healed them. Drugs can treat people, not food.

I will let to decide human beings that do they think about themselves. Do they need to be informed and knowledgeable about the various types of gifts from Nature?

If you had an experience about Spirulina, please post the comment below. It would be interesting to hear from you.