Civilization brings in toxins, and the body can suffer after constant exposure to various chemicals. According to scientists, over thirty thousand synthetic chemicals are in the environment. There are plenty of ways to experience chemicals incorporated into our everyday lives.

Scientists recognized the danger of toxins a few decades ago. The leading expert, Samuel Epstein, stated that people are exposed to thousands of toxins.

Sometimes people do not feel the silent influence and are suddenly awake when got allergies, chronic diseases, or feel tired without reason.

I wouldn’t say I like scary stories about people who suffer and cannot help themselves. Unfortunately, it is a reality, especially if we do not pay attention to our surroundings, what we eat, and where we live.

The movie Erin Brockovich paints a grim picture of what happens when people do not analyze events and agree with everything they tell them.

Do people have the choice to change the environment or circumstances?

Yes, everybody can take care of the body to less or more extent. We can choose what to drink, eat, how to spend free time, get rid of bad habits, and select the tools that help us to protect ourselves against an invasion of various toxins.

Thee are significant areas where toxins lurk and can do actual damage. These areas are:

Everybody knows that can of Coca-Cola contains eight spoons of sugar. Usually, people drink more than one can of sodas.

Most people understand that junk food does not bring any nutrients, only empty calories that become fat. However, fast food chains enjoy popularity and do not lack customers.

Gluten becomes a well-known risk to those who are allergic to particular grains. It seems that gluten, according to Suzzane Somers, can “cause brain inflammation and increase  the risk for an autoimmune attack on your brain tissue.”

There are plenty of articles that point out the danger of chemicals to our bodies.

People do not believe or forget that everybody, rich or poor, can put real food on the table without harming the wallet and breaking athethethe bank. Look at other countries such as Europe or Asia. You rarely will find obese people in such quantities as in North America.

Of course, with the help of new fast-food chains in some European countries, obesity can show up without a doubt.

What can people do about it?

There are tools and techniques for protecting ourselves from toxins lurking in the food, air, water, and electromagnetic fields.

Magnesium helps get rid of toxins.

The Internet is full of recipes for preparing food from scratch, preserving it, and growing vegetables and fruits in your backyard.

You live in the city, and there is no way to grow your food? Farmer markets can help, or you can share with others by buying food from farmers in larger quantities and dividing it between themselves.

How do you recognize that food is full of toxins? 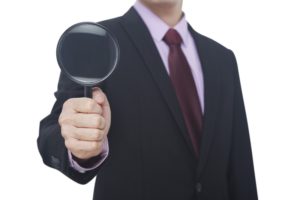 A simple rule says that if you do not understand what is written on the label and cannot easily pronounce the names of compounds, you have the item stuffed with chemicals.

Our bodies do not need any chemicals. We need building blocks for successful metabolism. Toxins do not help organs or tissues to perform functions. The body adapts for a while but expresses its disappointment giving us allergies or malicious diseases later on.

Do we need that? I do not think so.

To get a complete picture of the harm from water is advisable to watch the movie E, rin Brockovich. It is entertainment and ean ye-opener at the same time. It does not cover all problems associated with water quality. It does visually paint the picture of naiveness and lack of information.

This movie opens the curtain in the one play with people’s lives. However, there are plenty of different toxins in the water.

Fluoride, chlorine, antibiotics, and heavy metals are toxins that pollute our bodies. What stinks about them is that these compounds accumulate in the body and do not want to leave us without proper detoxification.

Smog comes from cars, factories, fires, or the ixturemixture in between and poses a danger to our bodies in the long run. If we breathe once, the lungs and bronchioles will get rid of disturbing material. Contrarily, when we continuously breathe in polluted air, we can develop various diseases.

Do you remember the horror movie”Fog”? It is about unnatural mist which engulfed the coastal town. Everybody who stepped and wandered into the fog had been mysteriously killed.

Now, this type of movie has become a reality. The University of California in Santa Cruz found dangerous mercury levels in coastal fog.

The story startedstartsstarted starts with a leisurely bicycle ride. The scientist felt that his eyeglasses get wet when cruising around. He decided to check out what was in the water. The lab ran a few times tests because of the disbelief they found in it.  Before, it was the research of mountain lions. Scientists find in cats dangerous levels of mercury. How do lions get mercury in their system?

Does it seem simple? Yes, it is a food chain. Unfortunately, human is no exception.   We eat plants and animals who feed on them too.

Mercury is a neurotoxin. There is no doubt that this element is not the only one that can harm living beings.

How does mercury reach fog?

Oceans distribute fog around the whole world. However, we can not blame oceans. Toxins come from the mining industry and coal-fired power plants. The researcher Weiss-Penzias states that “mercury is a global pollutant.”

Nowadays, everybody cannot survive without a smartphone, computer, or video games. There are plenty of conveniences using these devices. However, there is a dark side too. The radiation from Wi-Fi can make people sensitive.

French scientists found out that people who continuously use phones for their work have a higher risk of getting glioma and meningioma.

Besides phones, smart meters pose a danger to everybody who agrees to have them installed close to the house. Extensive EFM radiation surrounds people 24 hours all year long.

Wi-Fi in public transportation and airplanes can disturb the well-being of many people.

Susanne Somers, a health advocate, cites Elizabeth Plourde, Ph.D. She points out that the number of people complaining about insomnia, migraines, heart palpitations, shortness of breath, and rashes on this kinskinkidskin increased.

The famous doctor Stephen Sinatra states that EMF can disturb the heart rhythm, atrial fibrillation can occur, and DNA damage is possible. Experts think that EMF can open up the blood-brain barrier.

A few years ago, Doctor Stephen Sinatra had had had hadhadhadhad had a son who was on the brink of death. The doctor thinks that the mysterious illness started after long hours on Wall Street, surrounded by cellphones. It was electrical pollution. His son’s digestive tract shut down, hormones too, pituitary gland was out. The father tried everything to save his son. Fortunately, he came back after lengthy treatment.

Not everybody is lucky as the doctor’s son. Sometimes people lack money for simple things.

We cannot live in caves or in places where is no civilization. However, we can escape the side effects of living in the cities and industrial areas.

How to do that?