The true fat story will show why fat is the mystery, a curse,  and topic of endless conversation how to lose it. Nobody wants to gain fat. Nobody intends to live with the big belly. The true fat story entirely explained in the book The Secret Life of Fat written by Sylvia Tara, Ph.D. 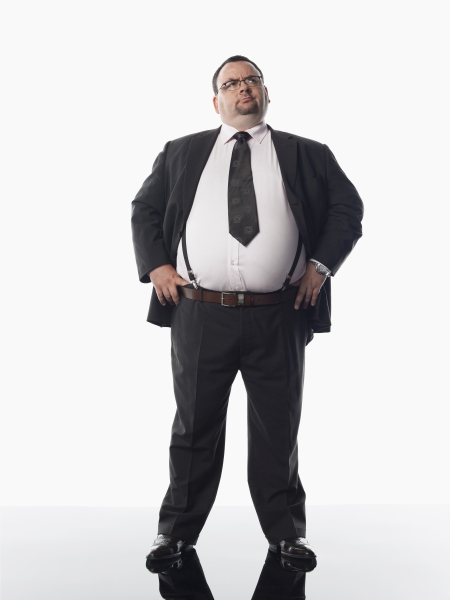 The True Fat Story: What is the Fat?

The fat is the organ, the sensitive one, which consists of fat cells, nerves, collagen fibers, and nerves. Pretty simple, it is? Unfortunately,  fat cells have unique ability to expand. Fat cells can develop more as one thousand times.This information for me sounded as from horror movie. Why do these cells do that?

The fat is the organ, made from fat tissue, called adipose. This fat tissue is composed of fat cells.

The fat can be brown, white and beige.

The fat has own blood vessels, nerves, collagen fibers.

What it is interesting that the fat can produce itself. Benyamin Shapiro and Haim Ernest Wertheimer at the Hebrew University of Jerusalem found out that adipocytes or fat cells can make own fat. Incredible, is not? Previously scientists thought that the fat is just the storage.

The Mission of Fat

The fat is the reserve of energy.

We believe that fat is the something what does not look good and could be disgusting. We are wrong because without fat our body could not have energy.

When food is broken down by stomach, pancreas, and small intestine to amino acids, fat, and carbohydrates, it goes to tissues and the liver.

How About Brown fat?

Remember that the fat can not just white, but beige and brown?

The white fat is one that we want to rid of if we are overweight.White fat stores energy but it makes us look fat if it is too much of it.

The brown fat found in the neck, heart, and back areas. The brown fat burns energy for heat. Infants have more of brown fat compare with adults.

Beige fat discovered in 2012 by Dr. Bruce Spiegelman. He is a researcher at the Joslin Diabetes Center in Boston. His discovery is mind blowing. He found out that during exercises muscles produce a hormone irisin. The irisin sends the message to the beige fat. The beige fat converts to brown. It means that exercise is the best way to lose weight. Yes, it is but….

In the book The Secret Life of Fat

, Sylvia Tara describes one case when the excess of brown fat prevented a little girl develop in a normal way.

The Fat is Not a Lazy One

Fat helps transmit brain signals. How? Fat is an organ, a funny one. It has different fat molecules. In 1924 a scientist  George Burr worked in the lab, at University of California, at Berkeley.  He worked along with other scientists at the lab. The vitamin E and its role in the diet of rats were the main topics to George Burr and his wife, Mildred. Researchers wanted to see how pure vitamin E affects diet for rats. They stripped vitamin E from all lipids. It means that rats were on the fat-free diet.

During the experiment, George Burr saw that rats become ill. They showed signs of inflammation. Rats lost weight and after few months died despite getting food with nutrients without fat.

Scientists could not find the reason why mice became sick. George Burr added the again little bit of fat every day. The change was enormous. Rats became healthy.

George Burr understood that something is important in the fat. He was right discovering linoleum acid. The linoleum acid is a fatty acid which signals for the immune system to reduce inflammation.

The discovery of linoleum acid was the important event in the scientific world. It showed that fat is not just fat sitting on out bellies. The fat can communicate.

Unfortunately, at this time scientific community did not recognize the importance of the discovery. It seemed that everybody hated fat.

Fat is stubborn when we want to lose it. Fat refuses to leave our bellies if we do not follow a particular routine after diet. The true fat story shows how fat is mysterious and vital as the organ.

People as human beings are unique and extraordinary. They have  DNA and RNA, where the pattern is the same but genes are in the different variations. Are genes distinct from each other of us as humans? Yes, they are.

The scientist Jeffrey Friedman discovered protein leptin in May 1994. This discovery came after few years of tedious research, sifting genes in the deep sea of DNA. When I write it, I can not hide my fascination and respect to scientists who helped with their discoveries so many people. 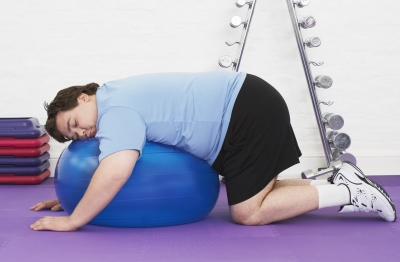 The Missing Factor for Appetite Regulation

The discovered protein was named leptin. Leptin secreted by fat and delivered by the bloodstream to hypothalamus where the regulation of appetite occurs. Hormones are transported by blood too.

The leptin has the critical mission. Leptin’s job is to suppress appetite. This hormone tells the brain when we need to stop eating. Without sufficient amount of leptin, we would eat endlessly.

The fat controls our behavior because the hormone leptin tells the brain when is enough to eat.

When I think about it, I wonder how I can rid of chocolate habit? I believe that it is just a habit, nothing more.

Now the leptin is used for in treatment.

Scientists found out that leptin is involved in the reduction of appetite and the fat metabolism. Without enough leptin, the fat can not burn. It does not matter if we eat less, we can not lose weight.

Do we have the answer to obesity?

The obesity has biological causes such as variations of genes. Genes can influence behavior.

Good Traits of the Fat 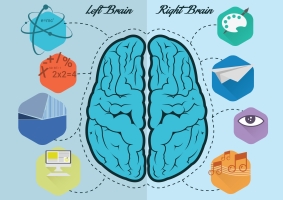 Scientists found out that leptin helps grow brain tissue in the areas which are responsible for regulating satiation, hunger, connection memory, and learning. As you remember, leptin is used to suppress hunger. When leptin is sufficient, people feel the sense of fulfillment and stop eat. The connection between fat and brain helps the body to stay in the balance.

From other side, people who starve or are on harsh diets and become anorexic, have shrunk brain tissues.

Moderation is a key to healthy relationships between brain and fat. If people are obese, they are likely more prone to experience dementia. It is best to have a right amount of fat in the right place.

Fat helps for healing from injuries and illness. If wound or infection site happens, the immune system sends white blood cells, clotting substances, and repairing proteins.  It requires the creation of vessels for delivery of suitable agents. This establishment or process is called angiogenesis.

The young research associate Sierra-Honigmann at Yale University found out the link between fat and angiogenesis.

When leptin was present, endothelial cells arranged themselves into the tube-like structures. It was new vessels formation, a process needed for healing from wounds or infections.

When people are malnourished, they have weak immune system. The fat improves and enriches the immune system. It means that to have some fat in the right place is a good thing.

Underweight people had worsened outcomes compare with overweight people. There is a theory that the sick body uses fat for healing. It burns fat for increased energy.

The other theory is that fat can be in various shapes and conditions. Remember brown fat or white fat?  The fat under skin protects us from falls and gives the energy if it is needed.

Why and When Can Fat Be Harmful?

When we have accidents, the fat helps to heal. When fat always interferes with the immune system, and it becomes a chronic condition, it can lead to metabolic diseases. The true fat story shows how miserable this condition can be for us.

Homamisligil found out that this interference affected fat, muscle and liver cells. These tissues became resistant to insulin.

Later researchers found out that fat can synthesize TNF-alfa.

People gain weight and can become obese when immune system thinks that TNF-Alfa signals about danger for the body. The immune system responds sending more cells such as macrophages to fat. The macrophage would engulf these cells of fat. The crazy cycle begins. We eat too much; fat cells grow, become overcrowded and send signals asking for help from the immune system.

Finally, cells respond badly to insulin. Cells do not take sugar and fat from the blood. It is a dangerous condition because cells starve. We become hungry and eat again. This cycle can lead to chronic disease such as diabetes.

The location is the important factor not just in real estate. If fat resides around the belly and compresses internal organs such as a liver, stomach, we are in trouble. Subcutaneous fat is okay until we move and consume nutritious food.

Sylvia Tara, Ph.D. mentioned in her book The Secret Life of Fat that sumo wrestlers from Japan are in good shape. Sumo wrestlers are involved in a substantial physical activity. They train for competitions all day long. Their bodies have lots of muscle and fat. Fat is stored under the skin, not behind stomach wall.

Unfortunately, when sumo wrestlers retire and lead stable lives consuming processed food, they get the same problems as obese people. These problems are high levels of insulin, insulin resistance, and diabetes.

Can We Control our Fat? 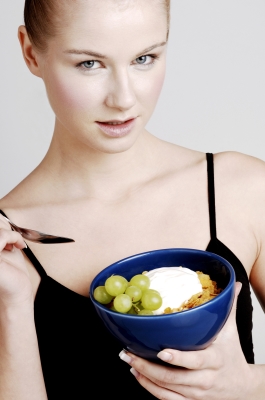 Yes, yes, and yes. We can control fat. The primary task is to keep our weight in check regularly. According to Sylvia Tara, is a lot easier to maintain weight compare with losing it. We need to know our family history. If obesity runs through generations, the advice and intervention of nutritionist and coach are recommended by Sylvia Tara Ph.D.

Sylvia  Tara experienced problems with fat when she becomes the teenager. The discipline was part of her life. After marriage, she had more interactions with her fat. She decided to discover why she can gain fat faster and lose in a difficult way compare with others.

Sylvia found out that genetics, gender, age, hormones, and dieting history are factors which influence situations with fat.

Sylvia Taras’s book  The Secret Life of Fat paints a picture of mysterious, hated and essential organ fat. We must learn more about our bodies because it helps us to make right decisions. When we know how our bodies behave and how systems and organs work, we would be respectful and thankful for gifts what we have.

According to Sylvia Tara, people can lose weight.

For anyone trying to manage fat, I wish you not only the required strength and determination, but also the necessary open-mindedness to understand your fat.

Fear not, it can be done. I, and other successful dieters, provide a living testament of the enormous power of personal drive-mind over fat.Enlist your passion, competitive spirit, anger, vengeance, whatever feelings your situation evokes, to take on your fat. Adipose is a major trickster, and you will need all of your mental tools to win.

These words from researcher and doctor who spent her time to find out how mysterious fat is and discover secrets of it,  give hope and assurance to everybody who wants understand and overcome struggles with weight.  The true fat story gives a glimpse into the mysterious world of fat.