What Is the Spirulina?

What is the Spirulina? Spirulina is the blue-green algae. It is a primitive plant form. The Spirulina’s structure is close to the living things which existed billions of years ago.  Some scientists like Christopher Hills, Ph.D., D.Sc.,  calls the Spirulina vegetable plankton. The color is greenish blue.

The name of Spirulina came from the Latin word spiral. 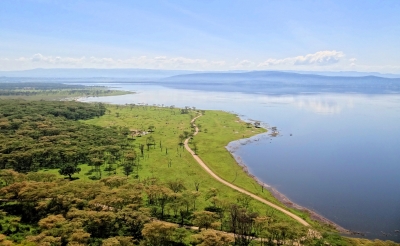 People, who live by these lakes, use Spirulina as food.

Flamingos, beautiful birds, continually enjoy this vegetable plankton. Do you know that the algae cause long legs of flamingos become pink?

I wonder maybe they are gorgeous and skinny thanks to Spirulina? 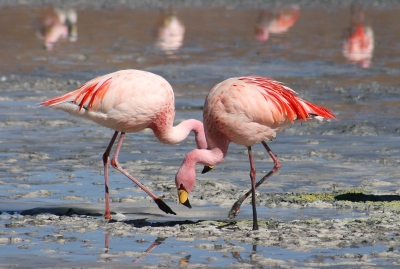 What is the Spirulina? The Spirulina is the unique algae. Why? The Spirulina contains minerals, proteins, amino acids, vitamins, chlorophyll, ferments, phycocyanin,  and analog to coenzyme Q 10.

Vitamins are thiamine( B1), riboflavin(B2), pantothenic acid (B5), pyridoxine (B6), folic acid(B9),  A ( a group of unsaturated organic compounds such as  retinol, retinal, retinoic acid and few of provitamin A carotenoids), E ( a group of compounds, which include tocopherols and tocotrienols), C ( L-ascorbic acid), PP ( Niacin or vitamin B3).

Spirulina contains chlorophyll. The chlorophyll is the source of organic iron.

Phycocyanin, which found in Spirulina, may stop the growth of harmful cells and improve the immune system. 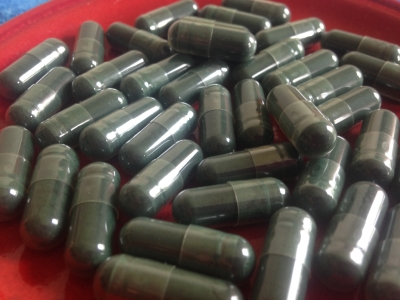 The Usage of Spirulina

The Spirulina called the food of future. The spectrum of the therapeutic usage is broad.

According to the Dr. Richard Kriauciunas, M.D., Spirulina helps

The Spirulina recommended as the nutritional supplement which gives you all active and needed material for recovering and strengthening of the body.

Prevention is the best way to protect ourselves from unpleasant consequences when our well-being starts to shake up.

The example of vast improvement when the patient experienced hair loss documented in this book The Secrets of Spirulina. It seems that Spirulina

supplied nutrients and encouraged the growth of hair. It did not happen as the patient was hairy again, but it was a darkening effect of the downy hair.The darkening effect recorded on the silky white hair.

What Is the Spirulina?

Spirulina is balanced and delicious with vital nutrients substance. People who lived by lakes used and use Spirulina as the source of food. This superfood used for hundreds of years, and it is safe to eat.

According to Christopher Hills, Spirulina can help humanity to survive and have Spirulina as the staple food.

I think that it is an excellent message to people who want feel well and live balanced lives.

There is countless evidence of documented results by users of Spirulina and health professionals.

The book Whole Truth about Spirulina, edited by Wendy Fulcher contains letters of people who used Spirulina. Users share their joy and contentment when they write about results using Spirulina.

I think that people must decide what is best and use their minds. Nowadays the  Internet is available for everybody, who can read. Google is a great companion when we search for information.