Fat and weight loss are different things which do not negotiate with each other. How to lose weight and be friends with fat is an essential question for most of us. People search for programs and products which help to lose weight.

It is Easier to Keep the Same Weight

Scientists proved that it is simpler to maintain the same weight compared with the trouble when somebody wants to lose weight. You heard stories when someone lost weight and later on gained more pounds as it had before.

Rudy Leibel, the specialist in childhood obesity, discover that fat can protect itself and fight back. What does it mean?

Scientists worked with obese people who wanted to lose weight. They saw that individuals who lost some weight ate less but had a lot more influence compared with people who did not have problems with weight.

How to Lose Weight and Be Friends with Fat?

I think what it is unfair when we make an effort, but the weight scale shows the same numbers. Individuals who want to lose weight, eat less, but they can not lose pounds in the same way as people who would lose weight, but they were not obese before.

Rudy Leibel and his colleague Rosenbaum checked various groups of patients. They discovered that hormones were involved.

Craving For the Food

What is worse than obese people who were losing weight had increased appetite. They craved for food.

Scientists found out that when people lose weight, they are more responsive to food and can not easily control appetite. The brain was reacting to food intensively when individuals who were losing weight, saw images of tasty dishes. People who did not have problems with pressure responded to food without increased excitement.

Rudy Leibel stated that after studying patients a few years after weight loss, he saw that patients could use less energy, and they were attracted more as usually to the food.

The hormone leptin, a product from fat, can alter hormones such as thyroid, adrenaline, and noradrenaline. It forces us to crave for food and think about it.

Leptin is the hormone which tells our brain through connections in the body that we fulfilled. We do not want to eat. When people lose weight, the production of leptin is at a low level. Our brain does not know when we are full. This situation tricks people. 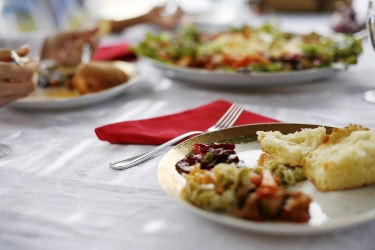 The hormone leptin influences levels of other hormones. These levels can be increased or decreased. Skeletal muscles can use less energy. Calories not burned correctly. The brain gets mixed messages about satiation. People can use more food without feeling that they are full already.

Weight loss is a complicated process. We must have patience and perseverance to withstand fat’s tricks.

We must eat less and exercise more compared with people who never had problems with weight.

Being patient with ourselves and knowing that we can lose weight as Sylvia Tara, Ph.D. in her book The