Spirulina is a winner as algae which is the best nutritional and nutraceutical product. If we compare Spirulina with Chlorella, we will see that Spirulina has a few more qualities. These conditions make Spirulina superior against other algae. 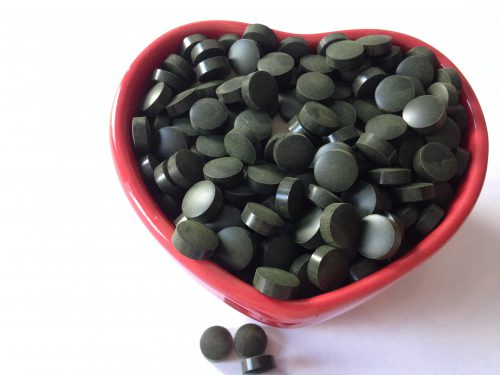 Differences Between Spirulina and Chlorella

Chlorella is a tiny monocellular alga. Her size is 5 microns.

The harvesting of Chlorella requires high-speed centrifuge. It means that electric power and labor would be involved in the process of Chlorella’s cultivation.

Chlorella has a thick cellular membrane. Humans can not digest Chlorella quickly.

Chlorella cultivated in lightly acidic conditions. The carbon dioxide generated by Chlorella is high in volume. The minuscule amount of carbon dioxide is utilized and dissolved.

Spirulina is a multicellular alga. Spirulina is one hundred times bigger as Chlorella. It means that harvesting can be done using simple cloth. No centrifuges, usage of electric power, and labor.

Spirulina has a thin membrane. Spirulina can be digested in 16 hours using proteinase pepsin. The percentage is 85 %. Spirulina

Spirulina can grow in very alkaline conditions. It means that carbon dioxide gas transformed into hydrogen carbonate ions. These ions remain in the alkaline culture solution.

Spirulina can absorb carbon dioxide and hydrogen carbonate ions as a source of carbon.

The high utilization of carbon dioxide lets keep the atmosphere clean and abundant with oxygen.

Spirulina Is a Winner

By no means; Chlorella is a valuable alga. Germans used Chlorella during the first war. It was a  food shortage. Scientists proposed to use Chlorella as the food source. Chlorella was better as yeast because it needed just air, sunlight, water, and a few minerals.

The cultivation of yeast required sugar. Later on, Germans abandoned research of Chlorella, but the scientific community got interested in algae Chlorella.

Scientists from the USA, researchers in Japan, started a research of mass cultivation. The reason for analysis was the constant food crisis in the world.

However, Spirulina’s traits show superiority against other algae.

Better digestibility, low production expenses, high efficiency in utilization of carbon dioxide, cultivation in alkaline waters, and high temperatures as in Africa allows Spirulina to stand out from other algae. Spirulina is a winner.

Researchers from Japan decades ago reported positive effects of Spirulina in the cases of diabetes, pancreatitis, liver diseases, weakened the immune system, anemia, vision problems, and so on.

Recently published book Spirulina in Human Health and Nutrition provides evidence from scientists and doctors. Results are impressive. They show that Spirulina is a nutraceutical food supplement.

Dr. Christopher Hills called Spirulina miraculous algae. Spirulina is a winner because her quality and usage outperform other algae.

How about you? Did you try to use Spirulina as the food supplement?