The fat is a mystery. Fatty business is a mystery too. Fat has own life because it does not care how much we want to rid of it. Overall the fat is an organ. According to Sylvia Tara, the author of The Secret Life of Fat

, the fat has many abilities on how to attract misery to people’s lives.

Sylvia Tara, Ph.D. gives hope, a real one. She describes her experience fighting against her weight gain. She was meticulous with everything that she does in her everyday life. Sylvia Tara described her experience losing weight. Her journey was long, devastating in the beginning but victorious on end. She reached her goal. She lost weight.

Fatty Business Is a Tricky One

Dr.Joseph Proietto, an endocrinologist from Austin, Australia, was always frustrated when he saw his patients returning to his obesity clinic.

These hormones were ghrelin and peptides. Ghrelin is a hormone which stimulates the appetite.

Patients who participated in the study were over two hundred pounds. They lost an average of thirty pounds for ten weeks.

Unfortunately, the weight started to creep in. On the end of the year, participants had regained on average 30-40 percent of the load. This situation is known and recognizable to dieters all over the world. 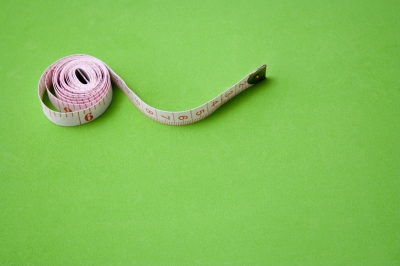 Dr. Proietto was confused with results. He checked hormone levels at the various points of time.

His discovery was scary and frustrating.

Leptin, the satiation hormone was at its lowest levels. It means that people who won’t lose weight, they are hungry more compare with other people. The hormone works in this way. Dieters feel consequences of it.

Remember ghrelin? This hormone makes us hungry. The percentage measured by Proietto team was 20 percent higher.

It means that when people lose weight, hormones altered in the way when losing weight is a difficult task.

Individuals who are on a diet can be with the best intentions. Unfortunately, the fat fights back. It is a real crazy fatty business. It seems that our bodies want to take control and rule by themselves.

It sounds as from sci-fiction but thinks how much we do not know about our bodies?

We learn more about cars, the latest fashion or what is going to be on TV. When we are so disillusioned with messages from people who do not know much as we do, we will be miserable. We will follow every shiny product which offers to lose weight fast. Of course, there are programs and products which show results for a particular period. And later? We will have more influence as we had before.

Scream and Self-Hate Do not Work

Scientists found out why it is so difficult to lose weight. Plenty of people who suffer from obesity tries to lose weight. You heard stories when people lost weight using various products or programs. However, they and gained more pounds after tedious work. The activity changes in hormones. They do not function in the same way as they supposed to perform for people who are at the same weight, but they do not lose pounds. Hormones altered.

How to Deal With this Fatty Business?

Doctors and scientists give the perfect explanation of why it is so tricky losing weight. They do not take away hope and assurance that pounds can be shredded. We can lose weight.  Just it takes time, patience, and strict measures. Fatty business is a tricky one, but we can deal with it. Using formulas which give you all the nutrients what you need for weight loss and well-being will make life joyful and satisfying.