Heart stents are plastic mesh or metal tube inserted into a clogged blood vessel to keep it open. More than 500 000 patients worldwide have heart stents inserted. Stents are mostly used for individuals who have chest pain walking up hills or going upstairs. Sometimes people get heart stents when they have blockages in arteries. 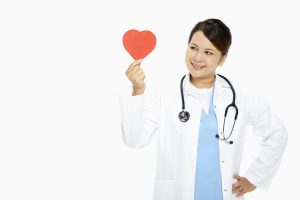 It was interesting to learn from Dr. Carolyn Dean about findings regarding heart stents. The study, published in Lancet prompted to ask questions about the importance of heart stents.  Does heart stent work?

It seems that people who will have information about the latest research and findings will ask more questions and rethink regarding various medical steps. What do I talk about?

The New York Times published an intriguing article about heart stents, patients, doctors, and studies. The reporter wrote about a doctor who called off the operation. Why did it happen? The study published in Lancet described two groups of patients.

All individuals were treated for six with drugs to reduce the risk of heart attack and relieve chest pain. Patients were divided into two groups. All individuals get insertions of catheters. The difference was that catheters were inserted just for one group of patients. They did not know who did not get catheters. Patients thought that everybody got heart stents.

After six weeks, researchers tested patients and found out that all patients in both groups had less chest pain and performed better on treadmills. It was a fascinating discovery because the placebo effect worked well for people who did not have inserted heart stent. 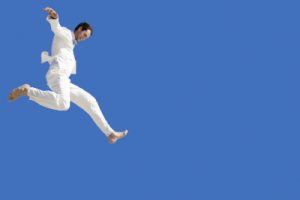 What Does It Mean?

According to The New York Times, Dr. David L.Brown of Washington University School of Medicine wrote that “All cardiology guidelines should be revised.”

Doctors recognize that there is a risk involved in having heart stents procedures. They think that it is better to insert stents for people who are having heart attacks.

This study was performed in England. In the USA, heart stents are the standard procedure and widely accepted. Some of the American cardiologists were amazed at how ethic boards agreed on this type of study. However, the United Kingdom differently operates because they did not have any problems to find patients for the study, be funded and perform it until results showed up.

Dr. Justin E.Davies and his colleagues at the Imperial College London found patients for the study.

Is it a difference between the USA and the United Kingdom? You can decide on it.

Why Do People Need Heart Stents?

Clogged and narrow arteries, chest pain, require medical attention.  Heart stents expand arteries. The blood could flow freely.  However, risks are involved in this type of procedures. Previously, the cholesterol was blamed for all heart problems. Now experts point out that dietary cholesterol plays little role in creating risk for heart disease.

Dr. Carolyn Dean writes that the Academy of Nutrition and Dietetics recommends the drop out of cholesterol from inadequate nutrients list what is strange that magnesium is forgotten.

The role of magnesium in the body’s metabolism is enormous. Magnesium guards calcium against overflowing into cells; controls cholesterol levels, directs calcium from soft tissues to bones where it belongs.

Why do medical professionals not use magnesium as a safe way to deal with disorders?

Here is the excerpt from Dr. Carolyn Dean:

Magnesium, especially ReMag has such an important role to play but I’m not allowed to represent it as a treatment for the disease, which the FDA says makes it a drug. Excuse me! It’s NOT a drug it’s a mineral that is deficient in 80% of the population whose magnesium deficiency symptoms are misdiagnosed as disease. I’m righting a wrong here. In the future Nuremberg Trials of Magnesium, the practitioners and drug companies who pushed magnesium aside in favor of toxic drugs will be held accountable.

It seems that Dr. Carolyn Dean is in the minority of health professionals who are interested in the wellbeing of human beings.

It is a new name for the evaluation of doctor’s work.  Doctors earn plenty of relative value units(RVU) performing catheterization, stent or valve replacement, an ablation. What does it mean? More procedure, more money. The same old song.

Health professionals could provide information about the right lifestyle, the proper nutrition, the importance of minerals, scientific news about research for patients.

You can read more about this issue here.